• 45% of vulnerable people have suffered further mental distress after being chased for missed payments, despite FCA focus on protecting vulnerable customers during the pandemic
• Proposed increase in national insurance, end of furlough scheme, removal of the Universal Credit uplift, and energy price hikes could see more people falling into vulnerable circumstances
• Organisations need to do more to protect the increasing number of vulnerable people from further harm.

45% of vulnerable adults in the UK have experienced mental distress after being chased by organisations for missed payments or debt.

This is according to independent research carried out on behalf of the Vulnerability Registration Service (VRS), a not-for-profit company providing the UK’s first central vulnerability database.

The FCA’s guidance has been clear – organisations must consider the needs of their vulnerable customers, so that they can be treated fairly and not put at risk of further harm, particularly during the pandemic. The survey has revealed that the opposite has been the case, as 45% of vulnerable people surveyed agree they have suffered mental distress as a result of organisations chasing them for missed payments or debt.

The survey also revealed that in spite of their vulnerability, one in five (20%) have continued to receive calls, emails or visits chasing up payments or for debt collection, 14% had still managed to take out further debt and 10% had found themselves being evicted, subject to a repossession or put at risk of becoming homeless*. It suggests that organisations, including banks/financial services, utilities, mobile phone providers, housing and local government, are not doing enough to identify the vulnerable people that exist in their customer base.

It is particularly urgent that organisations act now as the number of people falling into vulnerable circumstances could increase dramatically over the coming months. With the survey highlighting that 17% of Brits have struggled with, or are struggling to cope with finances and managing money, the proposed increase to National Insurance, the ending of the furlough scheme, removal of the Universal Credit uplift and energy prices hikes, could see millions more pushed over the edge.

The Vulnerability Registration Service is urging organisations across all sectors to share data on vulnerable people and make checking for vulnerability a standard practice, like credit reference or affordability checks already are.

For more information on the Vulnerability Registration Service, visit: www.vulnerabilityregistrationservice.co.uk/ 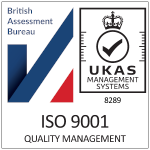 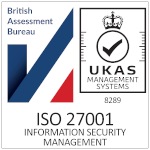 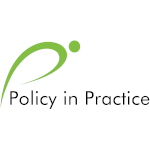 Your ticket for the: Organisations have continued to chase vulnerable people for missed payments, survey reveals